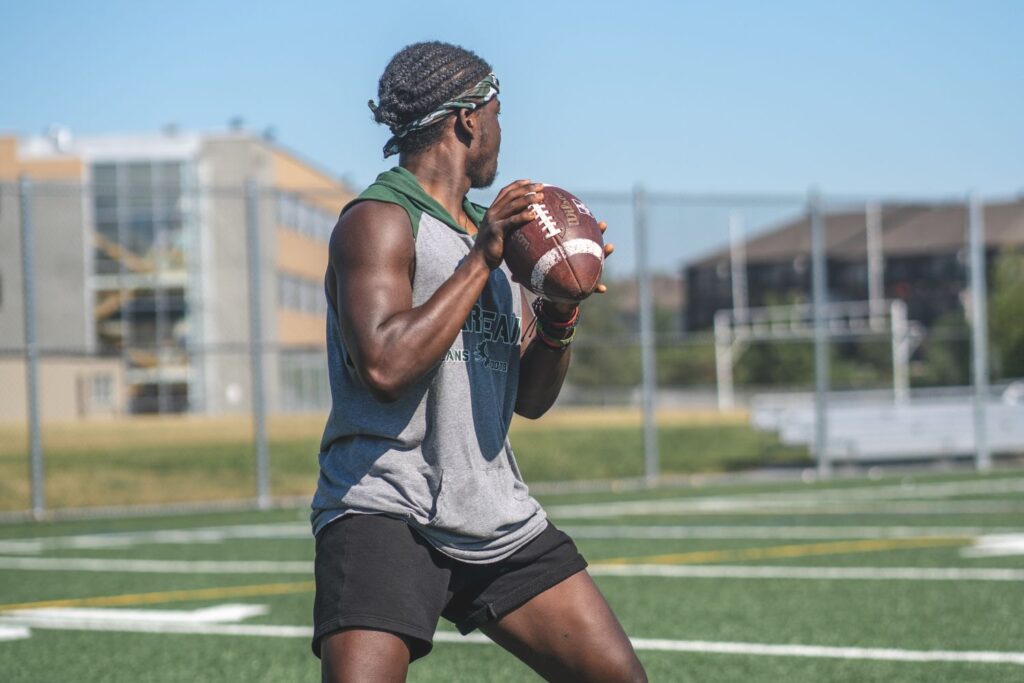 2023 NFL Draft Prospects Funding. The 2023 NFL Draft is on the horizon.  In the coming weeks, the nation’s top football talent will begin signing with agents and embark on their pre-draft journey.  These athletes will put aside campus life and become laser-focused on improving their draft stock.  This entails mock interviews, specialized training at facilities, and workouts with teams.  Some athletes will turn to the Reese’s Senior Bowl in February to showcase their talents ahead of the NFL Combine in March.  Others will put their skills on display at their respective college’s pro-days.

Players put in a lifetime of work and commitment into the craft—ultimately culminating in hearing their names called on draft day.  Some players with first-round grades choose to look stylish and sport some swag, walking the red carpet and inhabiting the notorious green room, before walking across the stage once their names are called.  Others prefer to share the moment with their family members, fiancés, and closest friends—even renting out a private venue for the occasion.

Regardless of how each of the 250+ players elects to share their moment, there is one constant amongst all of them—namely that all will have to wait until late July to receive their first professional paycheck from any one of the 32 NFL teams.

As the price of landing top talent, some agencies foot the players’ costs of training, nutrition, traveling and professional coaching in the months leading up to the draft.  Other agencies may only provide a small monthly stipend that covers the bare minimum costs of training and housing.  A pre-draft advance from Balanced Bridge can also be used to cover training expenses and to secure the highest quality of preparation.

That being said, prior to that first professional paycheck, most pre-draft athletes are not financially supported by their agents for purchases and expenses that fall outside of the realm of general draft preparation.  As an ESPN article suggests, players have a good idea of what they want to do with their first paychecks before even receiving them—taking care of their family and closest supporters, treating themselves to that one ‘big ticket item’, and then saving being some of the most common.  But the reality is many of these athletes may not want to wait 6 months or longer from the time of declaring (for the NFL Draft) in order to make those financial positions a reality.  And they do not have to.

To find out more about Balanced Bridge Funding’s NFL Pre-Draft Advances visit the website, call 267-457-4540 or email info@balancedbridge.com. NFL Draft prospects or their representatives can fill out an application to start the process today.