Chat with us, powered by LiveChat
Balanced Bridge Blog
< back to Blogs
Litgation Funding Africa
July 19, 2018 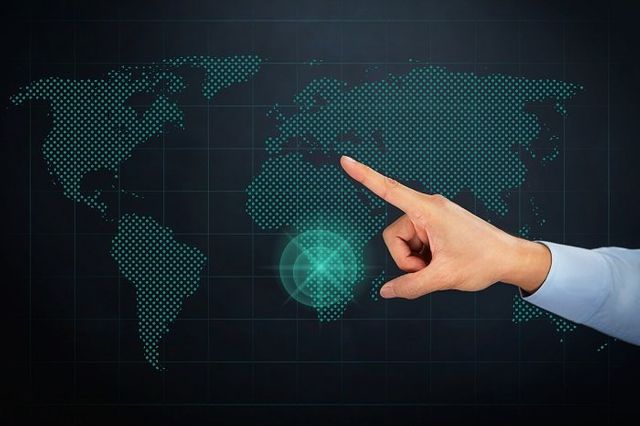 Litgation Funding Africa. Litigation funding is a specialized commercial activity, and also a self- regulating ethically-justified activity that requires a fair degree of dedication from its exponents.

There is a pre-emerging landscape for litigation funding in some of the jurisdictions of Africa. One must first accept that it is viable to take up a general review of the institution across a continent of more than fifty independent and developing legal systems. This review is enabled by the fact that all these jurisdictions are developing countries.

Litigation Funding Recognized in Some Jurisdictions in Africa

Litgation Funding Africa. Litigation funding is recognized in jurisdictions such as Ghana, Egypt or Kenya for example. Whether it is an institutional activity with assessable commercial scaling with a cogent framework, is likely to be a separate matter.

Albeit one with a consistent ethos rooted in development, it may be comparable to a live African private equity landscape in a diverse continent. Subsequently, there is no available information about litigation funding in several African jurisdictions, particularly those that are much less economically prominent.

Litgation Funding Africa. Generally speaking, the parties who stand to gain from litigation funding interventions are often the least likely to be aware of it, or adequately positioned therefore. The lack of awareness comes from evolutionary depth of commercial legal and financial sectors, and familiarity with an interest in the mechanics of the institution. Litigation funding can be considered something of a luxury at this time.

There are also issues of potential uptakers’ real awareness of it. And prudence of intervention and exit are a fair deal more important to funders than elsewhere. This holds true in circumstances of non-recourse unsecured financing options in systems where judicial resolution of real disputes, including declaratory judicial relief, are normal.

Litgation Funding Africa. Standing well apart in many respects, South Africa and some of its leading neighbors are guiding these concepts in the right direction as they lead jurisdiction with which to observe the institution at work.

Litigation funding takes a variety of forms, ranging from special-purpose single-issue enterprise to the more familiar full-scale generic third-party interventionist activity. In more recent times, there have been seminars and other examples of professional business interest in or attention to litigation funding elsewhere (i.e. Nigeria).

Litgation Funding Africa. It has been said that there is a ‘hot-potato’ market for litigation funding in Africa. In the interests of the institution, observations of this nature may well be in order. However, it’s necessary to exercise caution to the primary focus of statements of this disposition, where the focus is variable on a country-by-country bases.

The market for litigation funding exists and will lead to entrenchment and sophistication of rights in action and commercial law, thus becoming a latent motor for sustainable development in these jurisdictions.

Litgation Funding Africa. Economies that are the strongest are those that are best served by an active commercial legal system, and the more inclusive and outward-looking the legal system is, the better its prospects for endurance in the larger commercially competitive environment. There is no shortage of skilled legal personnel, yet there is a full-fledged institutional litigation funding subsector. As a search preview will show, such a subsector is visibly now on the horizon.

Litgation Funding Africa. aetasLF, from which this blog is written, was founded by experienced public and commercial lawyers in Lagos early on in 2010, after a few years of prior pre-formation and promotional preparation in the jurisdictions of England & Wales and Nigeria respectively. We find that the firm’s efforts serve as a point of engagement and awareness about the topic and its context.

At the public-interest confluence of public and commercial laws, aetasLF was initiated by a consonance of judicial review processes with the requirements of a promising legal system in a relatively young democracy.

Intent Not Limited to Litigation Funding

Litgation Funding Africa. On the other hand, in keeping with an observable preponderance of entrepreneurialism in Nigeria as a country, our intent has been a broad one from the outset—to inclusively provision or seek to enable non- contentious legal fees’ requirements.

In other words, the intent is not only limited to litigating funding, but to serve businesses on the verge of manifesting efficiencies and advantages of legal structure in a modernizing commercial and financial environment.

In March 2018, aetasLF began an amplification of its own corporate resilience. An ongoing process of recapitalization and some board diversification to cover other state jurisdictions within Nigeria and in East Africa. That would include a view to intensify its reach and productivity and scope for service going forward.

aetasLF Priority is Prudence with Efficiencies of Scale

Litgation Funding Africa. aetasLF itself does not borrow, is free of liabilities, and is an interested third party in all of its engagements. Inclusive of non-contentious activity, our total business volume attributions and involvements are currently in the region of N4billion/$10Million, with profit margins from our premium takeaways consistently improving year-on-year. Our priority is prudence with efficiencies of scale.

aetasLF is invested in several projects that optimize its focus and visibility to current primary targets, namely small-to-medium-sized enterprises and individuals. And each assessed opportunity for ethical brand development is taken up by us.

Litgation Funding Africa. Given these drivers, the objectives of aetasLF have always included active media dissemination of legal and transactional service information on the back of its core competence as a litigation (and dispute-resolution) funder.

Where funding required is substantial—which is where the real action is—aetasLF brokers the required interventions. aetasLF rigorously remains true to the core ethics of privately funded third-party support.

We envisage litigation funding will not lead to a more litigious people for the simple reason that unlikely claims will not be funded, and profitable opportunities taken up can only make for an enhanced judicial system in which everyone must have an abiding interest.

The more dedicated funders there are, the better.