Chat with us, powered by LiveChat
Balanced Bridge Blog
< back to Blogs
Legal Funding: A Global Perspective
May 20, 2018 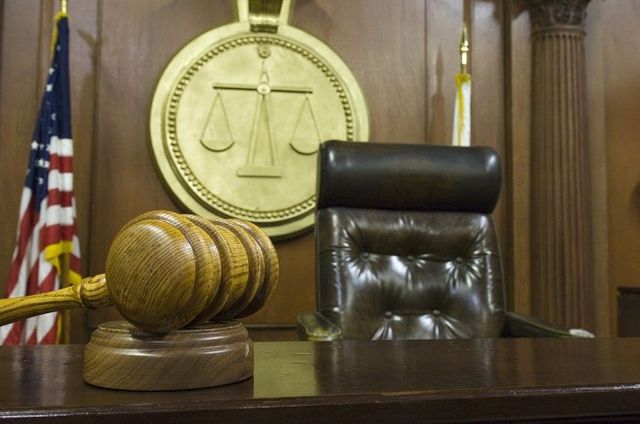 Legal Funding A Global Perspective. As you read in our last article about the evolution of litigation finance, legal funding has come a long way since it appeared in the early 1990’s. Since then, it’s gone through many shifts in perception, especially in the way it’s regarded ethically.

Of course, perception doesn’t just change by itself. Long-battled arguments in courts, governments, and even in public forums have led to shifting practical implications for the industry. Below, you’ll find some of the most hotly contested industry issues pertaining to legal funding ethics explained.

Legal Funding A Global Perspective. If you’ve been following our blog, you’ll know that champerty and maintenance have posed problems for US legal funding companies. They haven’t been alone: most countries have champerty and maintenance laws dating back to early Medieval society; as with Australia and the United States, many of these laws were passed down over the generations.

Champerty is a form of maintenance that was originally designed to prevent wealthy landowners from taking legal advantage of renters.

Maintenance is the illegal intervention of a third party in a lawsuit. In old society, landlords could make champertous agreements with litigants in which the landlord could fund a lawsuit against an adversary like a tenant or a competing landlord, thereby both ensuring a profit and preventing the success of adversaries.

Legal Funding A Global Perspective. Australian common law is a hand-me-down from the English colonists who first claimed the giant island in 1770. Of all the laws Australia inherited, the two most important to the fate of TPLF were champerty and maintenance.

Even in those states where champerty and maintenance were abolished, defendants could challenge the legitimacy of a case based on the accusation that a plaintiff or an attorney was engaged in champertous behavior. Many cases were thrown out on these grounds. But in 2006, a landmark case changed the playing field: Campbells Cash and Carry Pty Ltd v Fostif Pty Ltd.

The case was a class action lawsuit brought against tobacco wholesalers by tobacco retailers. The retailers had been paying licensing fees to the wholesalers, but the fees were found to be unconstitutional; the retailers had created a class to demand that these fees be recovered.

The presiding justices found that without the assistance of a litigation funder, the plaintiffs would not have been able to afford litigation. In addition, the ruling stated that the TPLF company was not meddling in the lawsuit, but was in fact enabling the suit. The justices determined that champerty and maintenance were no longer pertinent laws for modern society. In a joint ruling, the justices determined that accusations of champerty and maintenance were no longer grounds for tossing a case. TPLF had gained an ethical high ground, and is now legal in many Australian states.

Legal Funding A Global Perspective. One of the biggest complaints about the legal funding industry is that it permits fee sharing between attorneys and non-lawyers. Historically, fee sharing has been widely prohibited in the legal community to prevent conflicts of interest.

Legal Funding A Global Perspective. In the United States, the American Bar Association (ABA) acts as a regulatory agency for all legal bodies in the country. Comprised of over 400,000 attorneys, justices, law students and professors from all fifty states and the territories, the ABA maintains ethical and moral codes that have been adopted by all but one of the state bar associations. (The State Bar of California has its own moral and ethical codes, but from a close reading, it is apparent that they have been largely influenced by the ABA codes.)

One of the ABA’s most notable publications regarding legal ethics is the Model Rules of Professional Conduct , which was approved by the ABA delegation in 1983. Rule 5.4 of the Model Rules has often been cited as evidence against TPLF, specifically the following passages:

(a) A lawyer or law firm shall not share legal fees with a non-lawyer.

(b) A lawyer shall not form a partnership with a non-lawyer if any of the activities of the partnership consist of the practice of law.

While litigation funding firms who primarily contract with plaintiffs are in no danger of breaching the ABA protocol , many funders aid attorneys and law firms with their finances. The burden has fallen to litigation funding companies to prove that they are passive investors rather than active players in their clients’ cases. Some precedents have already been set in favor of this message, but seeing as only eight states currently recognize and regulate the industry, there’s still a long way to go.

Legal Funding A Global Perspective. Some ethical questions are too fresh to be answered here. Two of those questions are whether legal funding should be disclosed to judges and defendants, and whether pre-settlement funding in Canada, Europe, and Australia should apply to all plaintiffs on a case, not only those who explicitly asked for funding. (In a later article, we will discuss why funding in the United States differs significantly from funding in other countries).

A funding disclosure may seem ethical at first glance, but it could also be used against the funded party in court. As you read above Australia requires funding agreements to be disclosed in court, and before the Fostif decision in 2006, defense teams often used disclosures as cause for dismissal. In the United States and in Canada, where the legal status of TPLF is still uncertain, disclosure requirements could result in unfair dismissal of numerous meritorious cases.

Legal Funding A Global Perspective. Similarly, in countries where the losing party must cover the attorney fees of the winning party, class action litigation funding is a much more complicated issue. What if only one plaintiff wants to sign up for funding, or wants protection against future losses? What if half of the plaintiffs on the case are interested in such an agreement?

The landmark Canadian case Dugal v. Manulife  set the precedent that in Ontario, a funding company can indeed fund an entire case even if only some of the plaintiffs are interested in funding; however, distilling the appropriate funds and the appropriate paperwork throughout and after the case in a way that ensures no plaintiff paid or was charged more or less than necessary was quite an ordeal.

As litigation finance reaches new territories, helps more people, and touches more areas of the law, more ethical questions will be raised. TPLF companies and the legal community must work together for the answers.