Chat with us, powered by LiveChat
Balanced Bridge Blog
< back to Blogs
Verdicts and Settlements for Hip Replacement Lawsuits
January 7, 2019 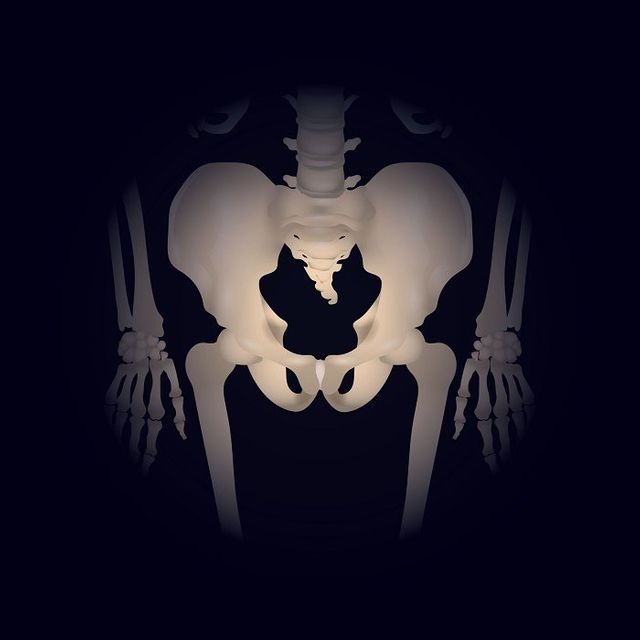 Though hip replacement surgery is often a safe procedure, thousands of patients have suffered as a result of poorly made or poorly tested hip replacement materials. Some manufacturers have recalled their faulty products voluntarily or at the urging of the FDA. However, their products have already caused irreversible damage to numerous people and spawning numerous hip replacement lawsuits.

Verdicts and Settlements for Hip Replacement Lawsuits. Litigation surrounding hip replacement devices has been one of the most active. MDLs were established accusing a variety of manufacturers, including Johnson & Johnson, Biomet and Wright Medical, of making defective devices and causing injury to patients who had them implanted.

Several high-profile global settlements were reached over the last few years, resolving a large portion of claims and providing compensation. Stryker Orthopaedics was one of those manufacturers who settled, reaching an agreement in 2014 for their Rejuvenate and ABG II hip implant devices.

Now, a new settlement has been announced by Stryker concerning more recent litigation on an alternative hip device, the LFIT V40.

Problems With the LFIT V40 Device

Verdicts and Settlements for Hip Replacement Lawsuits. The LFIT V40 employs many of the same design features of other hip replacement systems. The hip joint is replaced with an artificial implant involving several parts. The femoral stem and a ball-shaped femoral head are implanted into femur bone, while a cup-shaped component is implanted into the pelvic bone. The head rotates within the cup, thus providing a replacement for the worn-out hip joint.

Many of the issues with previous hip replacement devices occurred because of the metal-on-metal design employed. Long before the anticipated failure of the hip device, corrosion of the metal parts led to loosening and friction in the replacement. In some circumstances, such friction caused metal shavings to be released into the body, resulting in the medical condition metallosis.

Metallosis Has Caused Pain and More

Verdicts and Settlements for Hip Replacement Lawsuits. Metallosis, a build-up of metal within the soft tissue of the body, has caused pain, masses of collected fluids that resemble tumors and in some cases necrosis (the death of cells and living tissue).

The LFIT V40 design was not metal-on-metal, but instead had a plastic liner within the cup. This metal-on-polyethylene alternative was supposed to prevent the excessive wear and problems associated with other hip replacement devices. Instead, corrosion and friction occurred in the LFIT device as well, leading to the same issues for patients, including metallosis and premature revision surgery to replace failed components.

Verdicts and Settlements for Hip Replacement Lawsuits. In April of 2017, an MDL was established in the U.S. District Court of Massachusetts under Judge Indira Talwani. As of the fall of 2018, there were about 125 cases consolidated there. Also in 2017, litigation was set up in Bergen County, NJ Superior Court under Judge Rachelle Harz, ultimately consisting of an additional 140 cases.

By most accounts, a settlement agreement was hammered out quickly given the smaller amount of cases within the docket. Still, most were surprised when Stryker announced the agreement in November 2018. There have been no details of the proposed settlement, as the terms right now are confidential. All discovery in the litigation has been stayed and the first bellwether trial, which was scheduled for September 2019, has been removed from the court calendar.

Any plaintiffs with a LFIT V40 hip device should contact their attorneys for more information regarding any compensation they may be entitled to as part of this settlement agreement.

Verdicts and Settlements for Hip Replacement Lawsuits. With a settlement agreement now in place, Balanced Bridge Funding can provide post-settlement advances to attorneys against their fees as part of the Stryker LFIT V40 litigation.

Also, if any claimants in the future agree to a claim and have documentation of their award, Balanced Bridge could also potentially advance against that settlement award.

Verdicts and Settlements for Hip Replacement Lawsuits. Hip replacement surgery can be done in one of three ways.

There are a variety of different implants available for these surgeries, typically made of some combination of ceramic, metal, and plastic. Each type of implant has its own risks and benefits, but some combinations of materials are riskier than others.

These are the most common types of hip replacement implants:

Since the 1960s, this has been the most popular type of implant for hip replacements. Plastic is popular because it is smooth and does not cause much friction; however, MoP (metal on plastic) implants can cause a lot of plastic debris.

MoM (metal on metal) implants were created because they are believed to be more durable than plastic and ceramic implants. However, the friction between the ball and the cup can cause metal debris. Many of these implants have been recalled due to design flaws.

The plastic used in this type of implant is more dense than that used in an MoP implant; however, there is still a chance of plastic debris.

These products are wear-resistant, though they can shatter or produce a squeaking sound in the body.

Potential Side Effects of a Hip Replacement Procedure

Verdicts and Settlements for Hip Replacement Lawsuits. Two of the most serious side effects caused by hip replacements — osteolysis and metallosis — are caused by the particle debris released by friction between the ball and cup of MoM and MoP implants.

Metallosis is caused by the buildup of metallic debris in the body. In the case of hip replacements, cobalt and chromium build up around the soft tissues in the hip joint, depriving the area of oxygen and potentially killing off soft tissue and bone. Metallosis can lead to the following side effects:

Osteolysis, the most common side effect of long-term hip replacements, is the loss of bone around the hip replacement. It has been cited as the cause of nearly three-fourths of all hip implant failures.

Other side effects associated with hip replacement surgery include:

Verdicts and Settlements for Hip Replacement Lawsuits. Multiple hip replacement products have been recalled by their manufacturers due to reports of failed implants and serious side effects.

In 2010, DePuy recalled two of its products, the ASR Acetabular Hip System and ASR Resurfacing System. Both of these products were MoM devices and were voluntarily recalled after a study was released stating that metal devices potentially caused more problems than older devices. The National Joint Registry of England and Wales released data showing that the ASR system was removed within 5 years almost 30% of the time, compared to a 9.5% failure rate for other MoM implants.

Stryker recalled its Rejuvenate and ABG II hip systems in July 2012, just three years after they were approved by the FDA. The company had learned that the implants were prone to corrosion and more likely to release debris, leaving patients at higher risk for developing symptoms of metallosis. Though Stryker did warn doctors and hospitals that this risk existed, they only did so two months before issuing a global recall.

Verdicts and Settlements for Hip Replacement Lawsuits. Lawsuits have been filed against nearly every manufacturer that issued a recall of faulty hip replacement and hip resurfacing products, including DePuy Orthopedics (a subsidiary of Johnson & Johnson), Stryker Orthopedics, Biomet, Smith & Nephew, Wright Medical, and Zimmer. Each manufacturer faces thousands of cases.

Many of the cases have been consolidated into a multidistrict litigation (MDL), which occurs when multiple lawsuits involving common issues are pending in different districts in order to streamline pretrial proceedings and avoid duplicative discovery by joining similar cases into one action.

Below is the most up-to-date information on the ongoing litigation:

Thousands of DePuy ASR lawsuits have been filed since the August 2010 recall of the company’s MoM hip implants.

In November 2013, Johnson & Johnson agreed to settle most of the ASR lawsuits for $4 billion. In March 2015, the company agreed to a second round of settlements for $420 million. To date, Johnson & Johnson has paid over $4.8 billion, settling more than 7,500 individual cases .

In addition to its ASR implant, DePuy also sold a metal-on-metal implant under the Pinnacle brand, which is also facing litigation. Unlike with their ASR implant, Johnson & Johnson has shown little willingness to start any settlement negotiations concerning their Pinnacle device.

However, that changed in Dec. 2018, as reports and court filings stated that J&J had settled or were in the process of settling over 3,000 of the approximately 10,000 Pinnacle cases outstanding.

As of now, there haven’t been any terms made available to the public regarding these settlements. It appears that J&J, in lieu of coming up with a global settlement agreement, has been working with lawyers on a case-by-case basis to resolve their inventories. This strategy has also been utilized within the various transvaginal mesh MDLs over the last year or so.

We’ll continue to monitor developments to see if more Pinnacle cases settle as 2019 progresses. For now, here’s a timeline of news related to the litigation:

Though Biomet’s M2a Magnum Hip System has not been recalled, the company has paid over $54 million in settlements as of 2014, and there are still hundreds of pending cases (including more than 2,400 in MDL).

As of April 2016, Zimmer had already paid over $200 million in settlements to those injured by its recalled Durom Cup, with several hundred cases still pending.

Waiting For Your Hip Replacement Lawsuit to Settle?

Verdicts and Settlements for Hip Replacement Lawsuits. If you have suffered as a result of hip replacement side effects or a faulty hip implant, you may be seeking justice through litigation. Unfortunately, the legal process is often long and drawn out, and you may be forced to wait for your settlement for months, or even years. Therefore, an advance on your settlement may be the right option for you.

Balanced Bridge Funding, can help those plaintiffs whose lives and financial needs move at a pace faster than our sluggish legal system. Our post-settlement plaintiff funding solution converts a portion of your slow-paying award into cash – when you need it the most.

All of our advances are non-recourse transactions, meaning you only pay us back after your award successfully pays out.

Verdicts and Settlements for Hip Replacement Lawsuits. Want more information about obtaining an advance on your slow-paying hip replacement award? Simply give us a call at 267-457-4540 to speak with one of our legal funding specialists. If you’re ready to apply for an advance, simply complete our brief online application .

The Balanced Bridge team is here to serve you and do everything in our power to advance you lawsuit funds during a stressful time.