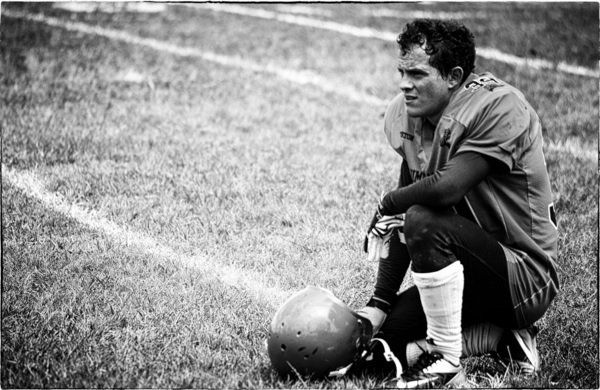 Funding for Retired NFL Athletes Concussion Settlement Awards. As new allegations against the NFL suggest a coverup and ties to Big Tobacco, retired players simply want to move on and get access to the health care that they need.

Everyone knows that football is a dangerous sport, but the degree of that danger wasn’t well known until recently, when reports were released stating that retired NFL players suffered from degenerative brain diseases, psychological disorders, and chronic traumatic encephalopathy (CTE ).

A class action lawsuit settled in 2015, promising to cover medical costs for retired players who passed medical review. But due to a prolonged appeals process, the settlement isn’t due to pay out anytime soon. That’s why Balanced Bridge has been working with retired NFL athletes to secure settlement advances so that these individuals can start undergoing treatment for potentially debilitating conditions.

Funding for Retired NFL Athletes Concussion Settlement Awards. Securing funding for the retired football players takes a lot more work than simply reviewing the case files and sending an “OK” to the bank. Because the terms of the settlement require a medical review, Balanced Bridge’s underwriters have been working closely with a neuropsychologist.

Neuropsychologists are specialized psychologists who study the intricacies of the brain. They compare how the brain’s structure and function relate to physical and psychological behaviors, including the wide range of diseases and disorders that are known to be caused by repeated concussions and violent sports.

Before Balanced Bridge can provide funding to any of the retired players who were involved in the lawsuit against the NFL, we must consult with the neuropsychologist to make sure that each player has a diagnosis that would qualify them for the settlement. It’s a tedious process, but it’s worth the effort to help so many people get the proper medical care.

What’s Next For The NFL Concussion Lawsuit?

Funding for Retired NFL Athletes Concussion Settlement Awards. Presently, there is no settlement payout in sight, nor does it look like the appealing parties are planning to budge on their positions. But the players we’ve spoken to still hold onto the hope that the NFL will admit fault for years of neglect, and that eventually, CTE will be included as a qualifying diagnosis under the terms of the settlement.

How To Apply For A Settlement Advance

Funding for Retired NFL Athletes Concussion Settlement Awards. If you qualify for an award from the NFL Concussion Settlement and would like to obtain a post-settlement advance , please give us a call at 267-457-4540 . One of our legal funding experts will explain the details and answer any questions you may have. To submit an online application, simply fill out our brief application.