Chat with us, powered by LiveChat
Blog
< back to Blogs
1 Year After Historic Shutdown, Balanced Bridge Continues to Offer Government Contract Advances
December 23, 2019 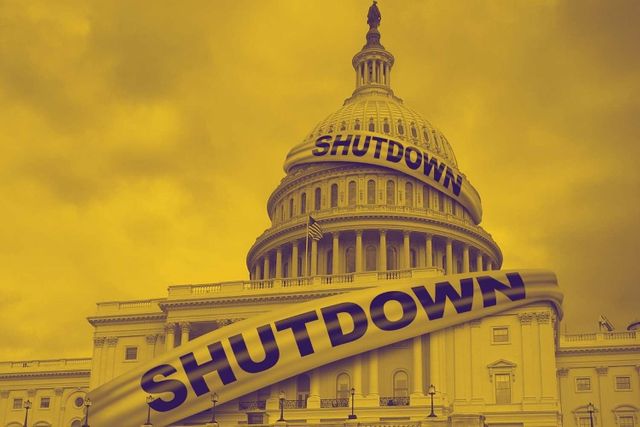 “Our company is specifically designed to offer funding options to those owed payments from entities like the federal, state, and local governments. In our other lines of business, we have helped plaintiffs’ attorneys, real estate agents and brokers access financing on their due fees. We can do the same for companies and independent contractors with government contracts on their expected payments from U.S. federal government entities.”

When the federal government shutdown on December 22nd, 2018 due to a political stalemate between the House of Representatives and the White House, it impacted thousands of people nationwide.  Around 380,000 federal employees were put on furlough, meaning they didn’t work or get paid.

This wasn’t the first time the government closed its doors. There have been 22 federal budget funding gaps since inception of the modern budget and appropriations process in 1976, although the level of shutdown has varied.

A History of Federal Government Shutdowns

According to Wikipedia, shutdowns occur due to a failure to pass funding legislation to finance the government, whether it be for its next fiscal year or a temporary funding measure.

An examination of our government’s shutdown history shows that most have been brief: twelve lasted five days or fewer, of which eight lasted no more than three days. However, the 2018 shutdown was by far the longest in history, lasting 35 days, a whopping 66% longer than the infamous 1995-1996 shutdown.

Government contracting is a huge space, especially at the federal level. Because there are so many departments and agencies that need products and services, private companies can bid on the opportunity to gain their business. In 2018, The U.S. Small Business Administration published an article that stated the federal government spends over $400 billion on goods and services. The process to bid and win a government contract at the federal level can be long and arduous. However, landing a contract is only the first step. Companies lucky enough to be awarded one often must spend valuable resources in preparation for the work.

This is straight off the U.S. Department of Treasury’s website:

“The Prompt Payment rule makes sure that valid and proper invoices submitted by vendors are paid on time by federal agencies. If a vendor submits a proper and valid invoice, the agency must pay it on time. If not, the payment is late.In most cases when an agency pays a vendor late, it must pay interest…. The prompt payment interest rate for July 1, 2019 – December 31, 2019 is 2.625 percent.”

It then goes on to state that payment is due “30 days after the agency has received a proper invoice.”

Prompt Payment Falls to the Wayside During Government Shutdown

During government shutdowns, layoffs and invoices can quickly pile up, causing more delays on outstanding contracts. So when the government shutdown, contractors and companies with federal contracts were thrown into limbo while waiting for Congress to pass the necessary legislation.

Furthermore, according to David Berteau, President of the Professional Services Council, the Prompt Payment rule has a major loophole. In an article published on the Federal News Network, Mr. Bearteau says:

“Regardless of when a contractor submitted its invoice, the 30-day clock doesn’t actually start ticking until the government payment provider formally ‘accepts’ that invoice. And vendors have learned from past shutdowns that simply delaying the acceptance process is one way for agencies to avoid the penalties altogether.”

Small Contractors are Hit Hardest by a Government Shutdown

Abruptly turning off the cash flow spigot has the biggest adverse impact on small businesses, as larger contractors with capital reserves are better equipped to weather a cash flow drought.

Based on the analysis of contracting data by the U.S. Chamber of Commerce, “Small businesses alone have foregone an estimated $2.3 billion in contracts they would have otherwise gotten from the agencies affected by the shutdown. The calculations examined 41,000 small firms who took in a total of $29 billion in federal contract revenue in 2018 from the agencies that [were] shut down.” (source)

While there are thankfully no indications of a government shutdown on the horizon, it’s still possible that others might loom in the future. When payment delays occur, Balanced Bridge is ready to provide funding to companies and independent contractors with federal government contracts. Funding amounts range from as low $10,000 to $10 million and more. Their process is fast, simple, and funding can typically be released within a matter of days.

Any companies or contractors with federal government contracts interested in financing can call Balanced Bridge at 267-457-4540, or email them at info@balancedbridge.com for more information. Prospective applicants can fill out a brief online application.